Quote of the day. “Counterfeiting is an insidious problem in life sciences, our network tenant cloud can help stop it” – Shabbir Dahod – TraceLink, Inc 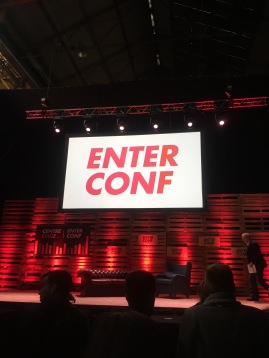 As EnterConf entered its second day, I continually saw the benefit of having more detailed discussions with people in the Enterprise sector. Even during the night events (the speaker dinner in the Harbour Commissioners Office, great venue, followed by a few sociables in the Dirty Onion Bar), I kept monitored the dynamics taking place. The networking normally began with two people, but the circles were growing, joining to form what I like to call “RoundStandUps”. These were normally not short conversations, and collaboration was inherent in the voices and chatter. There also was a deep and satisfying undertone, which was an energy to keep “building great” in Ireland.

Check out the Half Pipe! Hope its at Web Summit! 🙂

Kicking us off on Centre Stage was none other than the inspirational futurist Nell Watson from Singularity University, who is also the CEO of Poikos, the smartphone 3D body measurement company. She talked about virtual employees, how we will replicate the human mind through AI in 20 years (and run business through AI). I liked how Nell bridged the machine and human inter-dependencies.  It was an insightful talk, and having spent the past year looking at machine intelligence (from both a hardware and software implementation perspective), I am seeing more and more futurists thinking like this.

A few talks focused on our evolving workplace. David Hale, from Gigwalk spoke on the Insight stage on “Deploying Technology to Power Mobile Field Teams and Maximise Work Efficiency”. David spoke on how mobile tools for consumer brands and retailers are being used to more effectively manage field teams, gather in-store data and direct resources to improve retail execution ROI. David also spoke about how our employees are changing, and how companies have to empower the “Millennial Employee”, whose requirements include flexibility, and having a social and online mindset.

Shabbir Dahod – TraceLink, Inc, spoke on the Centre stage, his topic – “Delivering the Internet of Things (IoT) to the Enterprise”, and it was one of the highlight talks of the summit I found. Shabbir spoke about how Tracelink were the world’s largest track and trace network for connecting the Life Sciences supply chain and eliminating counterfeit drugs from the global marketplace, by using their Life Sciences Cloud, configured in a network tenant architecture.

Thomas Davies, Head of Enterprise for Google drew a huge level of engagement from the crowd with his talk on the next stage of collaboration. Thomas mentioned the evolution of how we collaborate, but even since the early 1980’s the structures were quite rigid and have not changed that much up to a few years ago. But now, customer and employee expectations have changed. They are fast, 24/7, global and personalised. He discussed how employees and organisations are more efficient when they collaborate. “We shape our tools, and then our tools shape us” – Marshall McLuan.

One last talk Ill cover is a topic that is somewhat under the covers of Enterprise IT, and I am glad that Engin Akyol of Distil Networks talked on “Dark Cloud: Cloud Providers as a Platform for Bot Attacks”. Engin first spoke about good bots, which do serve a purpose for major cloud providers. But this talk was focusing on bad bots, which slow down application performance and skew analytics. As the volume of cloud platforms continues to scale, this leads to ease in setting up bot networks which can pilfer content from websites, or launch other malicious attacks.

So, ill sign off from EnterConf 2015, and onto Web Summit in November, with many events, collaborations and new experiences in between. As a two day conference, perhaps I built less contacts than I expected to. But the ones I did are more meaningful contacts, and EnterConf allows their attendees an environment to do that. I also sat in on round-tables on big data and security, which gave yet another dynamic. It really is a conference experience I will be returning to. Special mention to all the organisers, volunteers and the inspiring venue. Goodbye Belfast, hello Dublin! 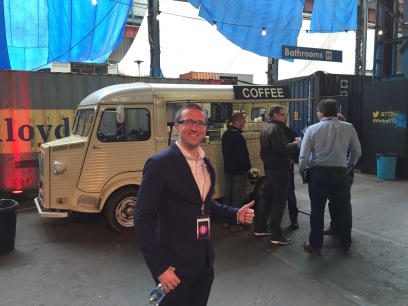 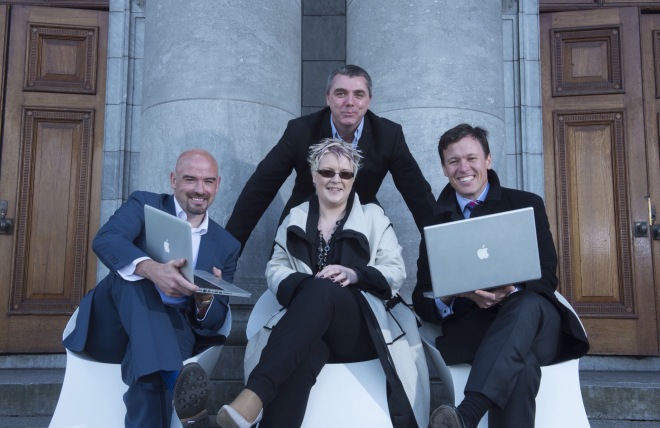 I wanted to change direction slightly and give an update on an event I had the privilege of being involved with this week, the it@Cork European Technology Summit. The event was held at Cork City Hall, on Wednesday May 5th, with a full day technology summit, followed by a black tie dinner with 3d wearables fashion show.

An epic journey over the past few months, with way more ups than downs resulted in…

So how did I arrive there? Last year, Gillian Bergin from EMC asked me to get involved with it@Cork, as part of the Tech Talk committee. I’m delighted she did, as over the past few months, I got to partake in and help organise some excellent tech talks from a variety of people, including my fellow technologist, Mr Steve Todd of EMC. The tech talk series is just one of many successful strands of it@Cork, holding six high end, rockstars speakers/panels per year. The series is full up until 2016, but if you are a “rockstar” speaker interested in speaking, please contact us directly. From this, James O’Connell of VMWare who passed over the tech talk committee chair to Barry O’Connell, took on chair of the Summit Organising committee. James, coupled with myself and Paddy O’Connell of Berkley Group, (known collectively now as the Macroom or Muskerry Mafia 🙂 ) assisted Sarah Walsh of it@Cork in organising the day summit. The night summit was excellently organised by Marnie O’Leary Daly of VMWare.

The event was kicked off by James, and then Ronan Murphy, chairman of the board it@Cork, CEO Smarttech gave an address that spoke about how Cork needs a cluster manager to help drive more employment in the region. More from Ronan here by the Examiner.  Donal Cahalane, from Teamwork.com, gave an insightful talk on how he saw the industry progressing, with some excellent advice for everyone from startups through to multinationals . 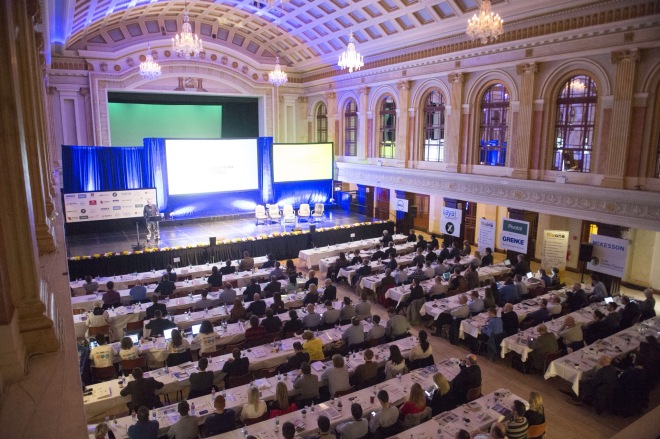 The four sections throughout the day offered a mix balance between raw technology (Cloud- challenge the fear, Internet of Everything) along with Digital Marketing and a Tech Talent/ Diversity panel. I found this to work quite well, as it ensured the audience got a variety of speakers.

The cloud session on “challenging the fear” was an excellent one to start with, as it had a mix of SME’s from companies such as Kingspan (John Shaw), Trend Micro (Simon Walsh) and Barricade (David Coallier), but also had representation from the legal profession, in the form of Michael Valley, Barrister and Noel Doherty – Solicitor who spoke at length on cloud governance. This session was chaired by Anton Savage of The Communications Clinic, who hosted a panel discussion with all five presenters at the end. 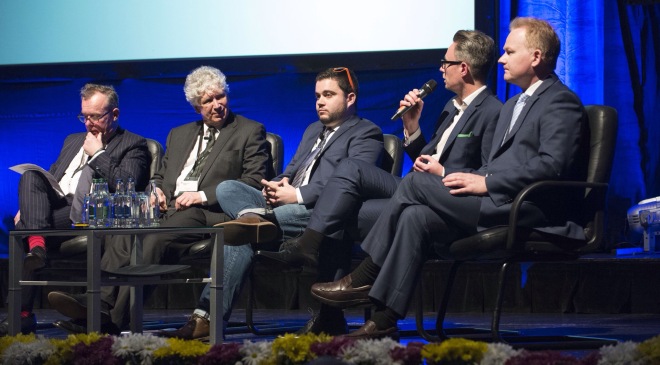 All of the sections were split by networking opportunities in the exhibition halls, where companies from the region presented their organisations, and some even demonstrated their wares. The athmosphere was great to see with lots of chatter, tweeting and drinking of coffee! 😀 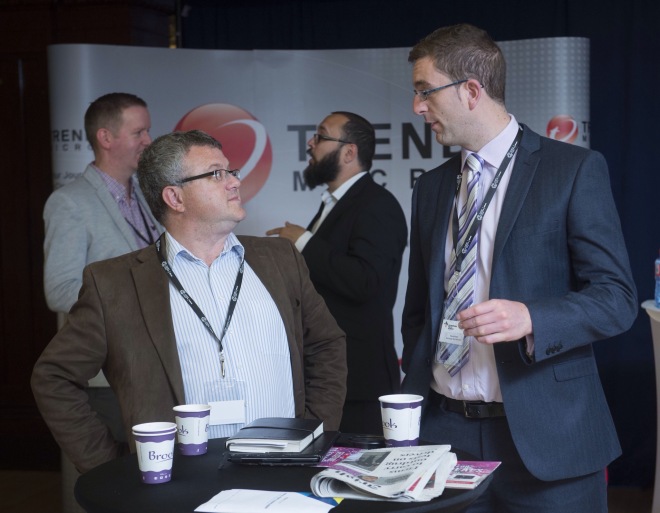 The second section was a panel session on Tech Talent, the chair being Paddy O’Connell from Berkely, and the facilitators were Meghan M Biro, founder and CEO of TalentCulture, and Kevin Grossman, who co founded and co hosts the the TalentCulture #TChat show with Meghan. They later presented their TChat show live from the Clarion hotel Cork. It was awesome! 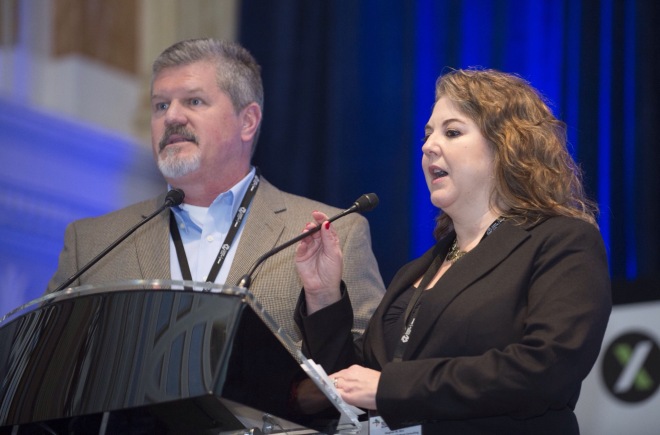 Such variety (no pun intended!) in the panel, with David Parry Jones, VP UKI VMWare and Noelle Burke Head of HR Microsoft Ireland representing industry, Michael Loftus – Head of Faculty of Engineering and Science CIT representing academia, and the hugely impressive student Ciara Judge, one of the Kinsale winners of the 2013 Google Science Award. Everyone inspired in their own way, and the dynamic at lunchtime was one of motivation, hope and leadership. 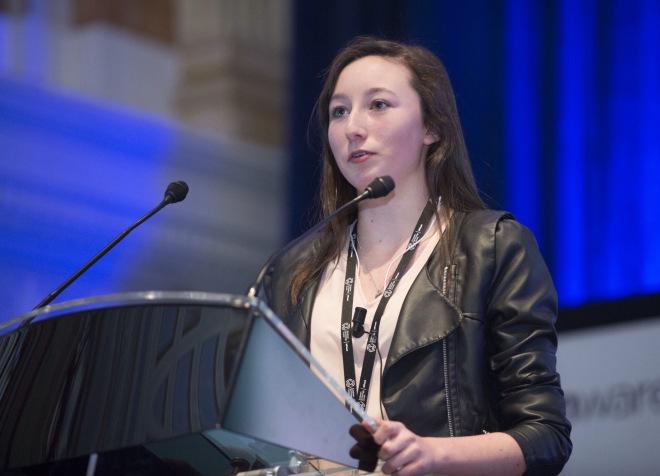 Having started my own personal digital marketing brand last year, and learning by making mistakes, I was exceptionally excited by our third section – Digital Marketing. Again, Anton did an incredible job of asking the right questions, and effortless listenership followed. To listen to experts such as Meghan, Antonio Santos, Niall Harbison and Raluca Saceanu was a privilege, and I also got the opportunity to speak with the directly (as did many others). This was true of all the speakers throughout the day. I believe a huge number of people got lots of what I call “advice snippets” that they can take away and grow their own brand. 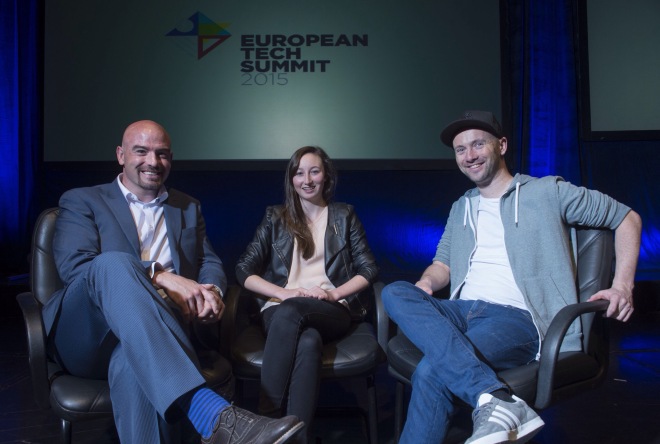 The last session was on an area close to my heart, the Internet of everything (IoE), and I had the privilege of chairing the session. We had speakers from Climote (Derek Roddy), my future employer Tyco (Craig Trivelpiece), Salesforce (Carl Dempsey), Dell (Marc Flanagan) and Xanadu (David Mills). All these companies are in different stages on their IoE journey, but the message was consistent: IoE is going to make a huge impact on our smart futures. I really like how Craig spoke of “if you want to improve something, measure it”  and how Tyco are looking at predictive maintenance and pushing intelligence/insight back out to the devices. Derek showed how Climote is changing how we live, David did the same in relation to sport. Marc gave an excellent account of Dells practical approach to IOT, showing the capabilities needed for IoE projects. Carl got me really excited about Salesforce’ plans in the IoE space. The session really closed out the event well, and the numbers in attendance stayed consistent. 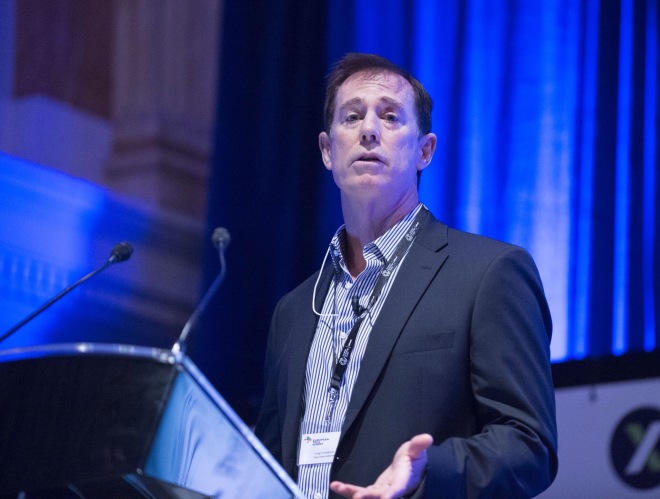 Having attended a huge number of tech events over the years, it was great to see again, year on year growth of Munsters premier Technology Summit. The athmosphere was electric all day, both locally and on Twitter. The tweet wall was a big success, and we expect that next years event will be bigger and better again. 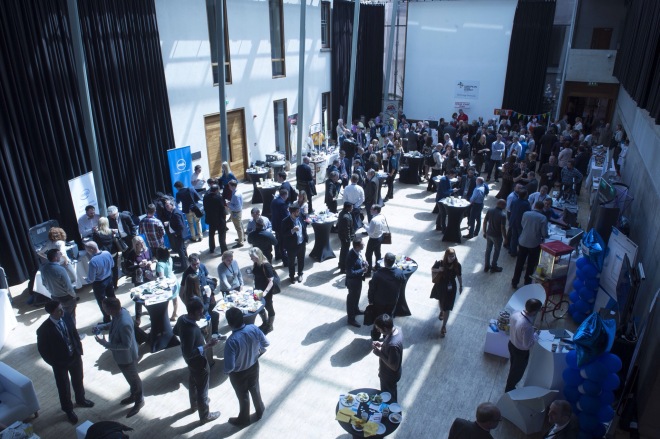 The black tie dinner was also a huge success, with the Millenium Hall in City Hall packed to capacity. Marnie O’Leary Daly, along with Emer from Lockdown model agency, put on an amazing dinner (superb catering by Brooks) and fashion show, with 3D wearables fashion provided by Aoibheann Daly from LoveandRobots and Rachael Garrett from Limerick School of Art and Design (@LSAD). Special mention to FabLab also for helping Rachael get her garments ready. It really was a spectacular evening. The Clarion hotel was also hugely supportive of the night element. (Photos to follow!) Emer will also blog on the night event fashion soon and do a much better job than me!