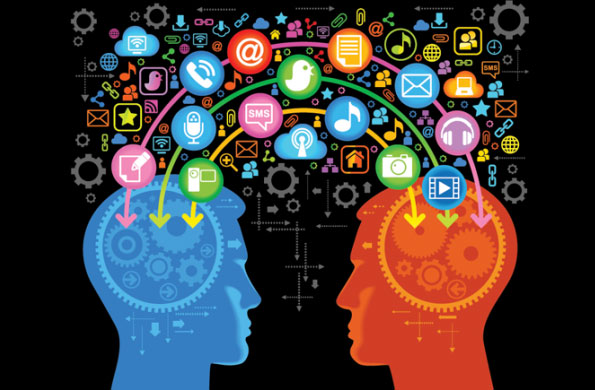 As we are a month inside the second half of 2015, I thought it would be a good time to look at some of the technology trends that are in motion, and will have more of an influence as we enter 2016.

Social Mobile, Analytics and Cloud (SMAC) has existed for a number of years in enterprise applications. Internet of Things (IoT) has accelerated as an enabler in technology, and hence will begin to be added to SMAC to create SMACT. I introduced this concept in one of my first posts here. And they need each other to succeed and/or progress. As more and more devices in IoT come online, SMAC demand will increase. And IoT will add value to SMAC, as it will spurn new technology directions that can utilize SMAC. The A in SMAC will be affect more than others, as with new data sets being generated, open data sets available for data multi tenancy will drive new requirements for on demand insights in real time.

A key tenant of open innovation (which was mentioned in a previous blog here) is co-creation. As companies take a more outside in approach to discovering next business direction, co-creation will be a huge part of this. Whilst its slowly increasing in chatter, co-creation will be key enabler in the coming years. Industry partners, vendors and consumers will create ecosystems that will drive new business models by utilizing analytics, and understanding customers at heightened levels. We have seen how disruptive NetFlix, Uber and Bitcoin have been in the past few years, and it is expected co-creation will also drive further disruption, but in different directions at increased velocity. Ikea’s home tour is a good example of them listening to their consumers to understand the requirements for why they were doing up their homes.

It is expected that there will be a blurring of the lines between technology and classical business positions in companies, and this will result in a series of new positions to drive next generation technology direction. We are seeing that technology and business executives need to be proficient in both areas, and understand the dependencies of the decisions made in either will be crucial. The rise in roles such as Chief Data Architect (CDA), Chief Digital Officer (CDO) and Chief Governance Officer (CGO) has meant that board rooms have increased percentage of technology executives. It is predicted that an organisations Chief Technology Officer (CTO) will create a series of direct reports in the areas of data intelligence, data monetisation, futurism and collaboration strategy. These roles will be necessary to assist the CTO in managing digital disruption.

This is a hot topic right now, and one of the pioneers that is driving a lot of new research in this area is Steve Todd from EMC, along with Dr. Jim Short of the San Diego Supercomputer Center. Whilst you can read extensively on this topic at Steve’s blog, Ill outline some of the considerations that are prominent for your business. The first is the idea of monetisation of your current and future data assets. Data is the new oil, a form of currency that can be used to drive business metamorphosis, but also can be something that is of use to others. So then it becomes a sale-able asset. We have seen first hand where major companies are looking to acquire companies not only for their technology, but their data also (example). Imagine if your store had a considerable data set, I expect major retailers such as amazon would be interested in buying that data-set from you, to understand street shopper trends. Another aspect to consider is valuing data at all stages of your companies cycle from inception, through beta to its growth cycle. An accurate snapshot of your data assets can increase the valuation of your organisation, and is especially useful in acquisition. From an internal company data perspective, a key pillar of your data monetization strategy is the architecture on which your data resides, as numerous data silos across your organisation are generally very difficult to even analyse for valuation. The concept of a business data lake can bring huge advantage here.

5: Search will involve more than Google

Currently, a large proportion of search involves online search for information that resides on servers. However, with the increased influence of IoT and the connected world, it is expected that more that the cloud will indeed be searchable. The billions of edge devices should enter the fray, if the data and security policies continue to be challenged into being more open. Connected cars, homes and mobile devices could widen the net for any search queries. We are seeing the emergence of alpha startups indicating this trend, such as thingful and shodan, which act as search engines for the internet of things.

DENIS CANTY IS EXCITED TO BEGIN IN JULY 2017 WITH MCKESSON, A FORTUNE 5 COMPANY – AS THEIR SENIOR DIRECTOR OF CYBER SOFTWARE ENGINEERING IN CORK. HIS LAST ROLE (TO JUNE 2017) WAS AS THE LEAD TECHNOLOGIST FOR IOT WITH JOHNSON CONTROLS INNOVATION GROUP BASED IN CORK, IRELAND. THAT ROLE MEANT COLLABORATING EXTENSIVELY BETWEEN HIS TECHNICAL AND SALES TEAMS TO DRIVE FURTHER COMMERCIALISATION OPPORTUNITY THROUGH TECHNOLOGY (BOTH OUR OWN AND PARTNERS/STARTUPS) INTO OUR SALES CHANNELS, SPECIFICALLY LOOKING AT THE EMERGING SMART BUILDING MARKET. THE PROJECTS INCLUDE OUR EXISTING TECHNOLOGIES – BUILDING SECURITY, RETAIL, HVAC AND BUILDING ENERGY – AND EMERGING TECHNOLOGIES SUCH AS IOT, AR AND MACHINE LEARNING. A KEY COMPONENT WAS TAKING KEY INPUT FROM NUMEROUS STAKEHOLDERS AND PROCESSES TO DELIVER ROI FOR CUSTOMERS AND PARTNERS. HE THEN LED THE TEAM TO BUILD AND DEPLOY THE SOLUTIONS IN AN LEAN AGILE MANNER. DENIS SPOKE ON THE NATIONAL AND INTERNATIONAL CIRCUIT FOR JOHNSON CONTROLS AT NUMEROUS TECHNOLOGY CONFERENCES. HIS LEADERSHIP STYLE IS LEADERSHIP THROUGH TRUST AND DELIVERY, AND I TAKE RESPONSIBILITY FOR MY TEAM, COMPASSION AND HUMILITY ARE ALSO IMPORTANT AS A LEADER IN MY OPINION. I LIKE TO BUILD A BALANCED CULTURE, WITH THE PEOPLES PERSONALITIES IMPORTANT INPUTS INTO THAT. DENIS HAS A DEGREE IN ELECTRONIC ENGINEERING (2H) FROM CORK INSTITUTE OF TECHNOLOGY, A MASTERS IN MICROELECTRONIC CHIP DESIGN (1H) FROM UNIVERSITY COLLEGE CORK AND A MASTERS IN COMPUTER SCIENCE (1H) FROM DUBLIN CITY UNIVERSITY. PRIOR TO JOHNSON CONTROLS, DENIS HELD A POSITION OF PRINCIPAL DATA ARCHITECT AND DEVELOPMENT MANAGER WITH EMC FROM 2010 TO 2015, SPENDING 2011 IN SILICON VALLEY. HE LED A TEAM FOCUSED AT REDUCING AND CONSUMING NINE TEST AUTOMATION PLATFORMS FROM EXTERNAL MANUFACTURERS TO ONE EMC CLOUD HOSTED PLATFORM. HE ALSO WORKED ON A NUMBER OF WORKFLOW AUTOMATION SOFTWARE REPLACING TEDIOUS MANUAL EXTRACT, SEARCH AND REPORT COMPILATION THAT RESULTED IN EFFICIENCY GAIN (WRITTEN IN PYTHON). I ALSO BUILT PREDICTIVE ANALYTICS APPLICATION IN MANUFACTURING AND DATA SCIENCE MODELS FOR THE CUSTOMER VERTICAL WITH THE CTO OFFICE. DENIS BROUGHT MICROSERVICES BASED DESIGN ALONG WITH DISTRIBUTED STORAGE AND PROCESSING TO THE GROUP, CHANGING THE DEVELOPMENT CULTURE IN THE PROCESS. DENIS WAS ALSO A MEMBER OF EMC’S GLOBAL INNOVATION COUNCIL AND AS AN AMBASSADOR WITH THEIR OFFICE OF THE CTO, LEADING THEIR CUSTOMER INSIGHT SOFTWARE DEVELOPMENT. DENIS WON TWO GLOBAL INNOVATION AWARDS IN HIS TIME WITH EMC, IN THE AREAS OF SUSTAINABILITY AND E-SERVICES, AND HAS A PATENT IN INTELLIGENT POWER MANAGEMENT ON STORAGE ARCHITECTURE. HE ALSO WORKED PREVIOUSLY FOR ALPS AUTOMOTIVE DIVISION FROM 2005-2010, IN A VARIETY OF ROLES, INCLUDING AS THE LEAD COMPUTER VISION ENGINEER, AND THE LEAD TECHNOLOGIST ON EUROPEAN RESEARCH PROJECTS IN THE AREAS OF IN-VEHICLE DISTRACTION MONITORING AND SMART HOME DEVICES. DENIS ALSO SPENT TIME CONSULTING IN THE START-UP WORLD, SUCH AS A HEALTHCARE INFORMATICS CONSULTANT WITH ACE HEALTH, LEADING THE DEVELOPMENT FOR AN APPLICATION WHICH HELPS HEALTHCARE SERVICE PROVIDERS ACHIEVE BETTER PATIENT OUTCOMES AND CUT COSTS THROUGH A REGULATOR-APPROVED PREDICTIVE ANALYTICS PLATFORM IN THE DUTCH AND US MARKETS. HE ALSO HAD HELPED NUMEROUS STARTUPS ON BUILDING THEIR TECHNOLOGY ROADMAP TO ALIGN WITH DEFINED TARGET MARKETS AND CUSTOMER BASES. View all posts by deniscanty